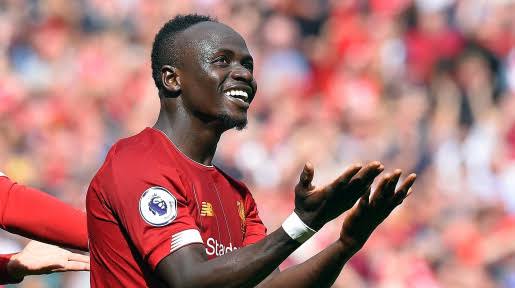 Zinedine Zidane has already made contact with Sadio Mane, with the Real Madrid boss hoping to lure the Liverpool forward away from Anfield.

Cristiano Ronaldo is considering a new deal at Juventus which would keep him in Italy until he’s 38.

Arsenal boss Mikel Arteta is such an admirer of Adrien Rabiot that he personally called the Juventus midfielder to inform him that he wants to make him part of his new-look team.

Everton have received plenty of interest for Moise Kean, but have no intention of selling the Italian.

Chelsea are ready to offload Emerson Palmieri to Inter Milan – but only after they’ve secured a replacement for the Italian.

Marcelo Bielsa has conceded it may be difficult to tempt strikers to join Leeds in January because of the success of Patrick Bamford.

Tottenham midfielder Christian Eriksen has told the club that he wants to leave in January, after months of speculation surrounding his future.

Barcelona are preparing to reignite their interest in Neymar because they believe Kylian Mbappe and Harry Kane are unattainable.

Tottenham are interested in signing QPR midfielder Eberechi Eze, but they’ve been put off by the £20m price tag being quoted by the West London club.

Benfica’s Gedson Fernandes has been linked with a move to Manchester United after reports his representatives have headed to England for transfer talks.

Tottenham are lining up a £30m bid for Leicester full-back Ricardo Pereira.

Derby have failed to pay their players’ latest wages on time with the proposed new investment deal in the Championship club yet to be completed.

Aston Villa fear Tom Heaton and Wesley may be set for significant spells on the sidelines after suffering knee injuries in the win over Burnley.

Manchester United and Tottenham are expected to face stern competition for Lille midfielder Boubakay Soumare as the French club have reportedly already received six bids for the in-demand player.

Mario Balotelli was involved in a car crash at 5am while returning home from New Year’s celebrations at a nightclub in the Italian city of Brescia.

Huddersfield are investigating after discriminatory chants on the grounds of religion were allegedly aimed at James McLean.

Phil Taylor may make a shock return to darts.

Aston Villa could be set to offer Daniel Sturridge a shock return to the Premier League to help save them from relegation.

Napoli and Ajax are both set to launch January bids for Tottenham defender Jan Vertonghen.

New Zealand have become the latest major nation to welcome the introduction of four-day tests.

Rangers face a fight to keep Glen Kamara this month with Sheffield United showing an interest.

Hearts boss Daniel Stendel is eyeing up a move for Northern Ireland international Liam Boyce, according to reports.

Pogba Leaving Manchester United the end of the Season