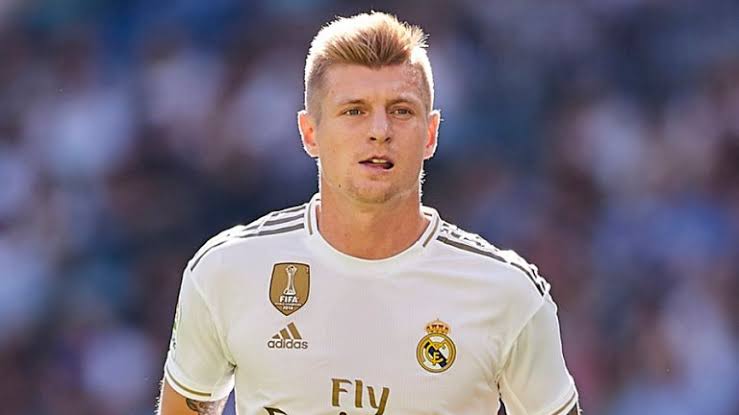 Here are the latest sports news from papers around Europe:

Real Madrid midfielder Toni Kroos could move to Manchester United as part of a deal taking Paul Pogba the other way.

Chelsea are cooling their interest in Borussia Dortmund winger Jadon Sancho – because Frank Lampard believes bringing in a new striker is more important.

Arsenal have joined the race to sign Norwich defender Max Aarons but Spurs remain favourites to land the teenager.

Stoke City’s 24-year-old midfielder Peter Etebo is in talks over a move to Getafe.

Harry Kane is not expected to return to action until at least March, as scans on his injured hamstring have revealed a serious tear.

The Billionaire tycoon Alisher Usmanov is considering joining forces with his business partner and Everton owner Farhad Moshiri by investing in the Merseyside club.

Paul Pogba’s Manchester United team-mates are convinced that the France midfielder will leave the club in the summer.

Aston Villa are set to be snubbed by Nice midfielder Wylan Cyprien.

Asmir Begovic and Hull City’s George Long are on Derby’s shortlist as they look to sign a new goalkeeper.

Barcelona are willing to cut their losses on Ousmane Dembele and let the forward leave the Nou Camp if an acceptable offer arrives for him next summer.

Spurs are looking to add Borussia Dortmund striker Paco Alcacer to their attacking options in a bargain loan move.

Hamilton are hopeful of extending Luke Southwood’s loan deal from Reading until the end of the season despite the goalkeeper returning to his parent club.

Newcastle have stepped up their interest in signing Rangers skipper James Tavernier.

Hearts are reportedly determined to sign Liam Boyce this month rather than risk missing out on the striker in the summer.

Pogba Leaving Manchester United the end of the Season